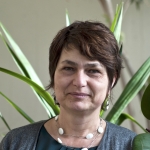 Claire Périlleux was a student under Professor Bernier at the University of Liège when she received her licence in botanical sciences. She began working in the laboratory of plant physiology toward a doctorate. She became interested in doing research on the flowering of plants, and was able to do research on certain grasses thanks to an IRSIA grant. She became an assistant teacher while working on her doctorate. In 1998, while doing post-doctoral work, she travelled to Britain to work with a team directed by Prof. Coupland, a renowned molecular geneticist. As a result of this experience, Claire Périlleux became interested in a more genetic approach to plants, and interested more specifically in one plant, Arabidopsis thaliana. She returned to Liège and to her research into flowering plants. She was appointed course instructor in 2004.